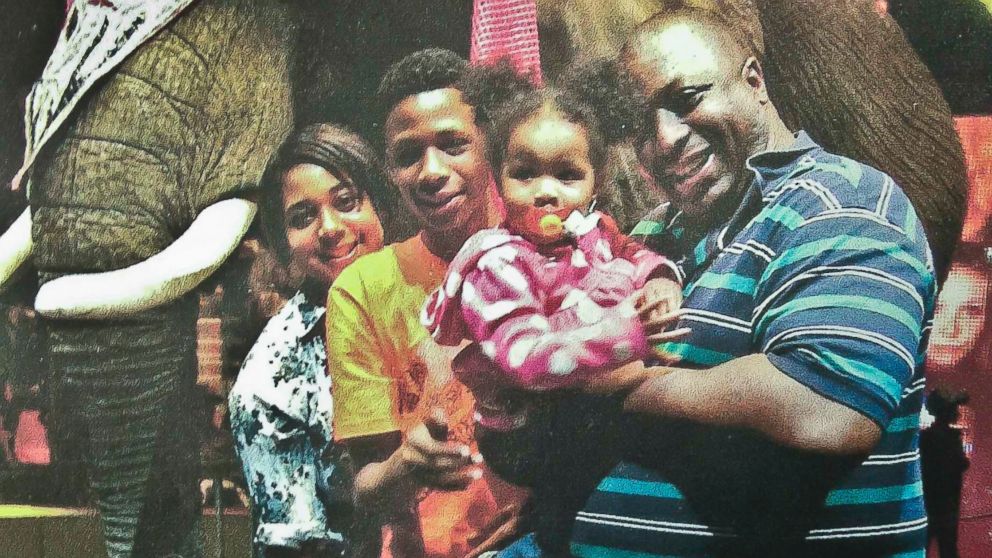 Eric Garner’s Death and the Exasperation With Police Violence

Published in The Nation, read more at: http://www.thenation.com/blog/180734/eric-garners-death-and-exasperation-police-violence#

Esaw Garner, wife of Eric Garner, breaks down during a rally for her late husband on July 19 in New York (AP Photo/John Minchillo)

“I was just minding my own business. Every time you see me you want to mess with me. I’m tired of it. It stops today!”

I made the mistake of watching the video in which NYPD choke and arrest 43-year-old Staten Island resident Eric Garner until he was dead on the sidewalk. It’s horrific. On July 17, Garner was approached by two plainclothes police officers who questioned him about selling untaxed cigarettes. A frustrated Garner repeatedly tells the officers that he hasn’t done anything wrong and that he doesn’t have any cigarettes on his person. Onlookers, including 22-year-old Ramsey Orta, who recorded the exchange, keep saying that all Garner had done was break up a fight. The police seem uninterested in this tidbit and continue to question Garner about the cigarettes. One reaches toward Garner, who responds by saying, “Don’t touch me, please,” while swatting the officer’s hand away. At this point, the officer, Daniel Pantaleo, puts Garner in a chokehold. Three uniformed officers run over to assist, and Garner is taken to the ground.

Garner remained handcuffed, on the ground, for several minutes after he died. An initial autopsy report shows no damage to his neck bones or windpipe. The likely cause of death is a heart attack, precipitated by the arrest, chokehold and takedown. Garner weighed 350 pounds and had chronic asthma, diabetes and sleep apnea. He is survived by his wife, six children and two grandchildren.

What more is there to say? What more can be said after the death of a black person at the hands of police? We’ve heard it all time and again, followed by promises to do better, to change the culture of policing, to foster better relationships with black communities. Yet, we still end up here.

Garner had been arrested a number of times before. According to the New York Daily News, he was “due in court in October on three Staten Island cases, including charges of pot possession and possession or selling untaxed cigarettes.” He may well have been involved in illegal activities. Do these low level crimes justify the persistent harassment that so exasperated Garner? Do they warrant massive police intervention? Do they excuse the use of a chokehold that has been outlawed since 1993?

Sadly, that’s usually the case. And the behavior of the police is rarely interrogated in the same way.

Think of this man lying breathless on the sidewalk, handcuffed, with no rush to get him medical attention. Think about the fact there were five cops involved in the arrest of one unarmed man being accused of a nonviolent crime. Think of how, in the face of witnesses and a camera, an officer still felt comfortable enough to use an illegal chokehold on Garner. We have ceded so much power to the police, and they brazenly flaunt it without fear of repercussion.

Mayor de Blasio has promised a full investigation into Garner’s death, headed by the Civilian Complaint Review Board, which did not have a leader for the first six months of the administration (Richard Emery was appointed chair on the day Garner died) and which has been described by NYCLU attorney Chris Dunn as “on life support.” Officer Pantaleo has been stripped of his gun and badge. It’s a start.

But this isn’t about one officer or even this one investigation. It’s not even about the more than 1,000 civilian complaints of NYPD employing illegal chokeholds since 2009. This about the disregard for black life and humanity that fuels policing. It’s about the amount of authority police have over our lives, deciding when and where we die. It’s about the daily harassment, the constant fear and the perpetual mourning. We can’t breathe.

“I was just minding my own business. Every time you see me you want to mess with me. I’m tired of it. It stops today!”

For Eric Garner, it did stop that day. The harassment stopped when his life did. Must we all die for the abuse to end?