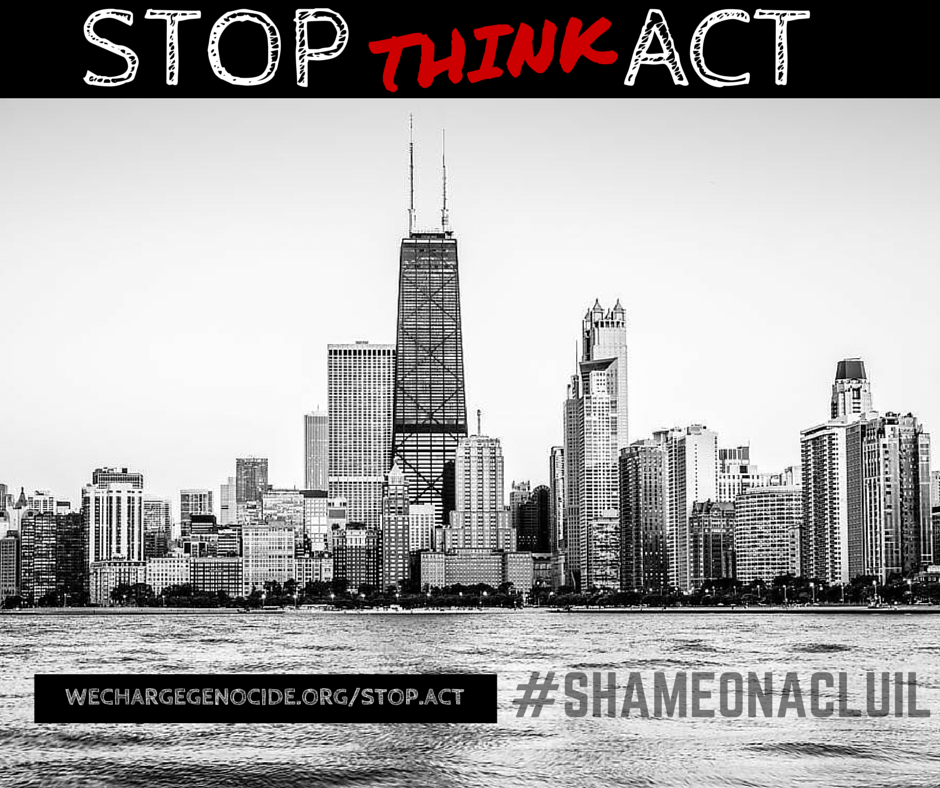 Aldermen and Organizers Continue to Push For the Passage of the STOP Act: ACLU’s Agreement with the CPD on Stop and Frisk Fails to Provide Necessary Transparency

CHICAGO — Today, aldermen Proco Joe Moreno, Roderick Sawyer and organizers with We Charge Genocide and ChicagoVotes announced their intention to continue their campaign to pass the Stops Transparency Oversight Protection Act (the STOP Act) in Chicago’s City Council. The STOP Act requires the Chicago Police Department (CPD) to collect data on all stops and frisks conducted by the CPD and publish this data on the City of Chicago’s website on a quarterly basis, similar to processes used in New York City and in other cities across the nation.

The aldermen and organizers intended to file the STOP Act at the July 29, 2015 Chicago City Council meeting after announcing they were doing so at a packed press conference. The aldermen delayed filing the ordinance after learning for the first time that the CPD and City were on the verge of reaching an agreement with the ACLU-Illinois as a result of secret, exclusive negotiations on the collection of stop and frisk data.

On Friday, August 7th, ACLU’s deal with the CPD was disclosed to the public. It indicates that the CPD will collect data on stops and frisk conducted by its members, but this information will not be disclosed to the public. Contrary to the provisions of the STOP Act, only the CPD, ACLU and designated Consultant, former Federal Magistrate Judge Arlander Keys, will have access to the pertinent data and relevant information, and they are bound to keep this information confidential under an attorney’s eyes only agreement.

After studying the CPD’s agreement with the ACLU, aldermanic sponsor Proco Joe Moreno found: “The CPD’s agreement with the ACLU is wholly unacceptable. The public has a right to know who is being stopped and frisked and how often these tactics are is being used. People should have the opportunity to make up their own minds as to whether stop and frisk tactics are racially discriminatory or fairly used.”

In addition to requiring the CPD to collect data on all stop and frisks performed by the CPD, the STOP Act would require police officers to give receipts to all who were stopped and frisked, thereby allowing a person to challenge the basis of the encounter if he or she believes it was unfair. The STOP Act also requires CPD members to inform people that they have the right to refuse a search if there is no legal basis for doing so. The agreement with the ACLU does not specify that all people stopped and frisked will receive such necessary receipts and it does not provide that people will be given these warnings.

“Young people have been organizing around stop and frisk tactics and need to have data collected to ensure that stop and frisk is not used as a form of discrimination against people of color.  We need more transparency in respect to how these police practices are used in the city of Chicago and we look forward to working with the Mayor to ensure that Chicago continues to be a national leader in responding to the passionate hard work of young activists, not just in Chicago, but all across this nation,” said Alderman Roderick Sawyer.

The STOP Act would help Chicago comply with recommendations made by President Obama’s Task Force on 21st Century Policing to publicly publish data on stop and frisk practices. New York City collects and analyzes its stop data and shares it on the NYPD’s website. Using this data, the police have reduced the number of unnecessary stops and frisks performed, and continue to reform their policies as new data becomes available.

According to Page May, an organizer with We Charge Genocide, “Being randomly stopped and frisked is a traumatizing and unfair experience.  Studies show that stop and frisk also becomes a tool for profiling individuals based on race, sexual orientation, gender, and gender identity. Collecting and publishing the data is the first step on the road to eradicating this egregious harm.”
Chicago Votes Democracy Corps fellows spent several weeks this summer collecting over 2,500 comment cards in support of the STOP ACT. According to ChicagoVotes executive director Christian Diaz, “Chicago Votes is committed to the goals outlined in the STOP Act. We will continue to educate and engage young voters on the issues that impact their lives. Racial profiling by CPD is a near universal experience for the young black and brown people we train in our programs.”

Recently, Chicago Votes Fellow Robert Moses was stopped and frisked at the Roosevelt Green Line on this way to the Chicago Votes office on suspicion that he was using a stolen Ventra card. “Luckily I had my school ID and state ID to prove it was mine,” said Moses. “I was frisked in that process. They told me that the picture on my U-pass was blurry and that I needed a new one immediately. I responded ‘ok’ and went about my business. There was a group of white students in front of me, and they weren’t stopped simply for trying to board the train. I was racially profiled and stopped and frisked.”

Over 30 other community groups have signed on in support of the STOP Act, including Black Youth Project 100, Moms United Against Violence & Incarceration, and Black Lives Matter – Chicago.

For more information about the STOP Act, see: wechargegenocide.org/stop.act

Chicago Votes is a non-partisan organization that increases democratic participation among young people. We are training the next generation of civic leaders through hands on experience like registering voters, canvassing door to door and organizing civic education events. In 2014 Chicago Votes registered 15,000  people to vote and passed landmark legislation for election day voter registration.