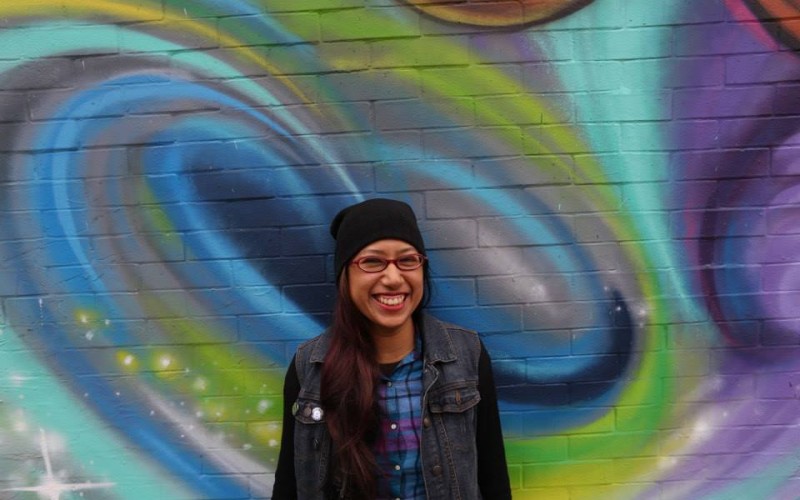 We had an exciting day yesterday fundraising to get our delegation of young people to Geneva this November to present a report to the United Nations on police violence targeting youth of color. We raised over $3,300 in one day, and after four days of fundraising, we already surpassed the 50% mark of our $15,000 goal. This outpouring of support is indicative of grassroots resistance to police violence, and we believe that the young people of color whose lives are directly impacted by that violence will no doubt lead the fight against police violence in our communities. . Today, we are featuring the profile of another one of our delegation members, Monica Trinidad, who is a 28 year old organizer and an integral part of the social media team for We Charge Genocide as well as the Cop Watch trainings. 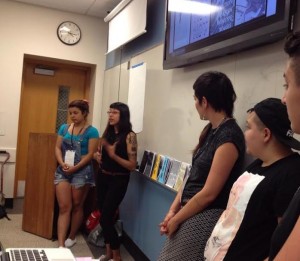 I was born and raised on the far south side of Chicago, in the East Side/South Chicago communities. I grew up in these post-industrial neighborhoods at the bottom of Chicago, where passing through metal detectors and pat downs during high school and fields of crumbled, dilapidated buildings was a normal state of being. I often felt like the stories and voices of our communities were isolated from the rest of Chicago, not only because of distance, but because we were working-class, people of color.

As a queer, mexican, artist, I believe that juxtaposing a restorative, abolitionist framework of organizing with creating new forms of self-expression through artwork and writing is critical as we challenge the invisibility imposed on us by white supremacy. I co-founded Brown and Proud Press in 2012, with the intention of using the medium of zines (self-published, low-budget booklets) as an accessible way to gather the overlooked stories and struggles of queer, people of color. Aside from Brown & Proud Press, I am also currently a member of Chicago Action Medical and the Chicago Alliance to Free Marissa Alexander.

While in Geneva, I hope to document our experiences with the proceedings via social media platforms. Without a doubt, I am going to Geneva because I believe that personal narrative is strong enough to affect major social change. By verbalizing the experiences of Chicago youth of color at the hands of the Chicago Police Department, we are not only interrupting the silence around the struggles that youth of color live through in Chicago (and the rest of the U.S.), but also aiding in the dismantling of the systemic cycle of isolation, fear and disempowerment around our personal experiences as black and brown people.

Please help Monica and the rest of We Charge Genocide’s delegation get to Geneva to present their report before the United Nations Committee Against Torture. Donate online here and spread the word!