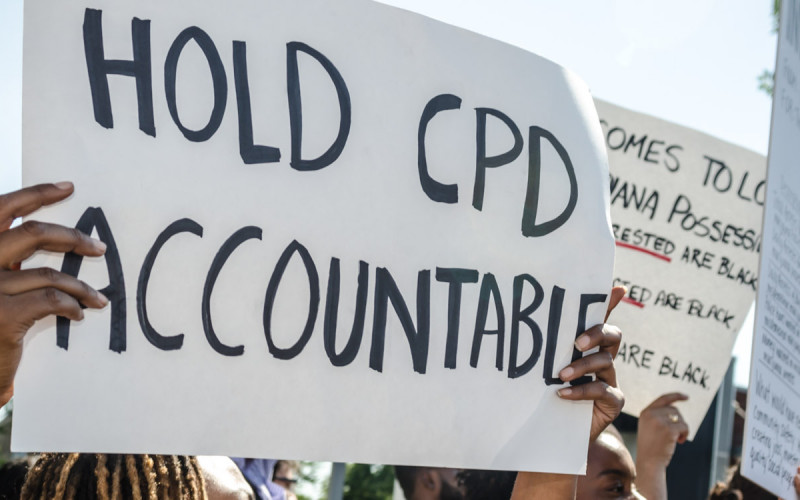 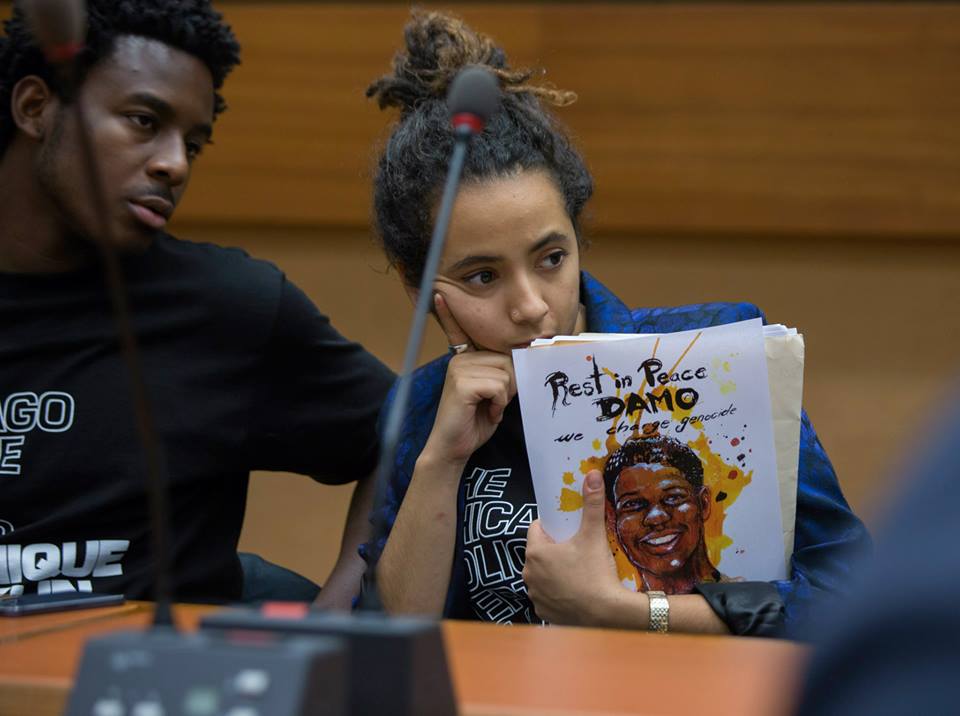 Malcolm and Asha at the UN, moments before the delegation walked out in response to the US government representatives’ statements.

WCG Walks Out on US Gov’t Representatives at the UN

Last night, the We Charge Genocide team walked out on the 23 U.S. government representatives during their time to respond to the concerns we raised. Asha presented our 2-minute statement, which included a critique that there is no real mechanism for pointing to the police as a source of violence or for accountability. For two hours, we supported survivors and advocates speaking on their issues and telling their stories.

The session finished with a response from the representatives of the state. We were insulted by their suggestion that 330 police in the past 5 years being prosecuted could even begin to rectify the violence Black and Brown communities experience at the hands of the police and the state, considering that there were 300+ taserings by the police in Chicago alone in one year.

Like we asserted in our statement, we were not accepting any apologies or any excuses. And so, the WCG crew walked out the moment we heard this ridiculous claim of “progress”. We left the state reps squirming in their seats and were happy to arrive to their review in the morning to hear the UN Committee Against Torture grill them on all the issues we raised.

To summarize, the U.S. government is in the hot seat at the UN this week and we are being heard. Much thanks from the 8 delegates to everyone sending us love and solidarity from afar. 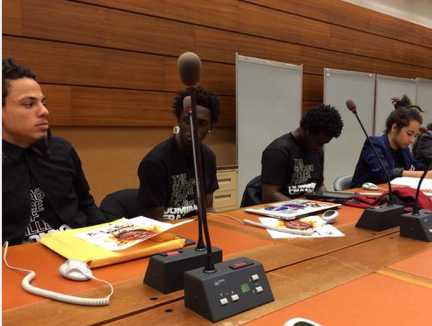 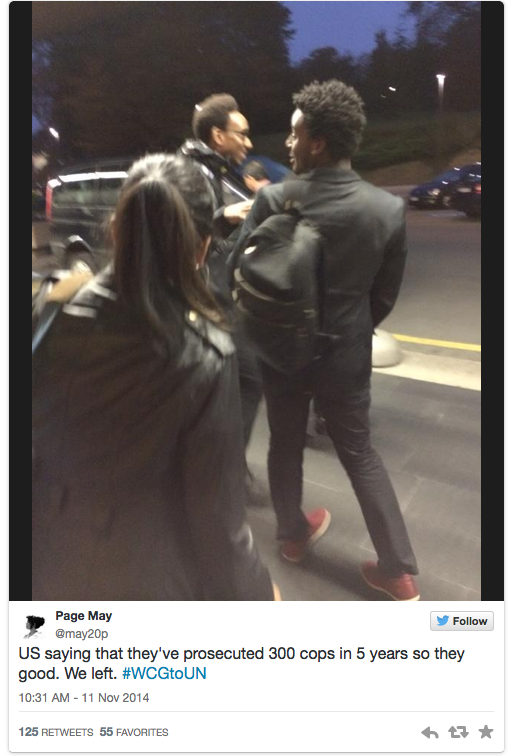