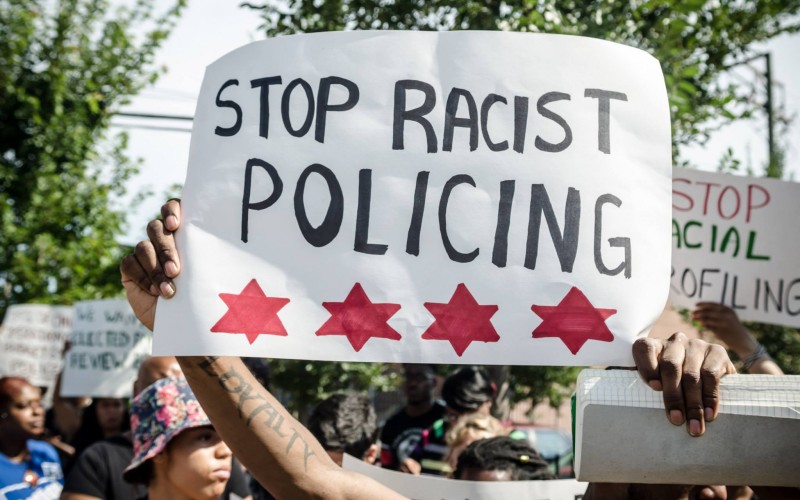 We Charge Genocide Raises Over $10,000 in a Week to Present Report on Chicago Police Violence to United Nations Committee Against Torture in Geneva

Chicago 9/23 — This November, We Charge Genocide will send six organizers to present a report on Chicago Police violence to the United Nations Committee Against Torture at their 53rd Session in Geneva, Switzerland, during which the U.S. will be under review.

With widespread community support, the group raised nearly $12,000 in one week for the trip via an online fundraiser, and tickets to Geneva, Switzerland have been purchased for six organizers. We Charge Genocide will continue to work towards their $15,000 goal with a series of fundraising dinners as well as an appeal to Chicago’s faith communities.

The group of young organizers have submitted their report to the UN for review via the US Human Rights Network and will briefly present it before the Committee Against Torture during the hour reserved for Civil Society groups. The report details data collected on the experiences of young people of color in marginalized communities most targeted by police violence in Chicago. It will be released to the public on October 22, a national day of protest against police brutality, on which We Charge Genocide has called for a silent protest in Chicago at the 11th police district.

Organizers traveling to Geneva include (full bios with personal statements and photos):

Born and raised in Chicago, Ethan says he grew up facing constant surveillance and oppression from the police. He has organized with Circles and Ciphers, a leadership training program that works with youth of color involved in the justice system, and he helped develop curriculum for the Know Your Rights Project. He hopes the UN can assist in putting international pressure on Chicago to end the continued atrocities committed against people of color.

Page was instrumental in writing the report We Charge Genocide submitted to the UN. Since moving to Chicago from Vermont four years ago, she has organized with prison abolition group Black & Pink: Chicago and is a member of the PIC Teaching Collective, working to dismantle the prison industrial complex through education. She hopes to speak before the UN about key findings in their report.

An alumni of the Chicago Freedom School, Ric is a performing artist and an organizer with Black Youth Project 100, a group using leadership development, non-violent direct action, advocacy and education to work towards justice and freedom for all black people. He describes himself as a prison abolitionist who believes in restorative justice and believes he has a special contribution to make at the UN as a young black person directly impacted by oppressive policing.

A lifetime resident of Chicago, Monica is an artist and is the co-founder of Brown and Proud Press, a writing collective that uses self-publishing to gather overlooked stories about the struggles of queer people of color. Monica will document the group’s experiences in Geneva on social media and says that by verbalizing the experiences of Chicago’s youth of color at the hands of the Chicago Police Department, the UN delegation will break the silence around the struggles these young people live through.

Todd grew up in Washington DC and now lives in Chicago and organizes as a trainer with We Charge Genocide’s Cop Watch program. He says he wants to travel to the UN because the voices of ordinary people are not heard enough by government decision makers, and that it is important for black and brown people to be involved in the decision making processes that affect their lives.

Breanna is a field organizer for Chicago Votes, a core leader of the IIRON student network & Roots of Justice at UIC and an organizer with Black Youth Project 100. She says she is fighting to change the inequalities she sees every day in Chicago and that the UN trip is an opportunity to give a voice to people who have been physically assaulted by the police and who are terrorized by law enforcement on a daily basis.

9/15: We Charge Genocide To Present Report on Chicago Police to the United Nations Committee Against Torture in Geneva