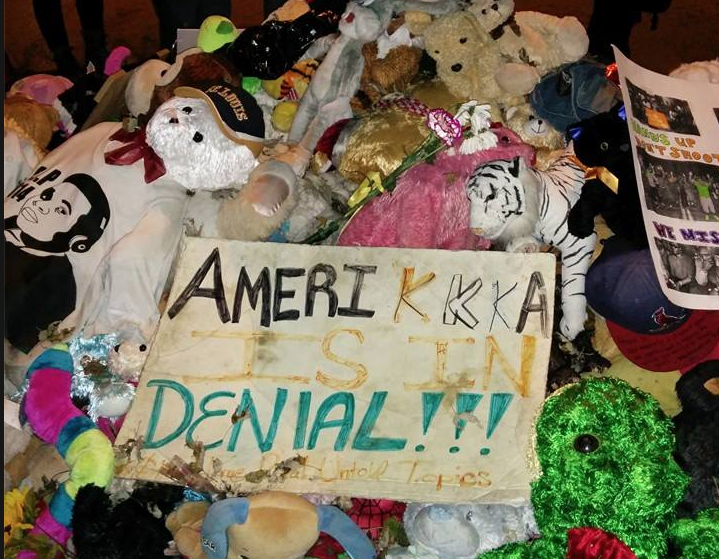 There are two events in Chicago that WCG is supporting and encouraging people to attend.

Protest outside Police Headquarters at 35th and Michigan .  This event occurs only in the case of a non-indictment at 6:30 ON THE SAME DAY the news is announced. We Charge Genocide is cosponsoring this event.

“We will gather outside of Chicago Police Headquarters, 3510 S. Michigan at 6:30pm on whatever day the decision is reached. We will hold a speak out and a vigil, and share words and imagery that will honor Mike Brown, as well as the 89 Chicagoans who have been killed by police in the past five years.“

Press conference inside City Hall.  This is BYP100 event and We Charge Genocide is in solidarity with these organizers. This event takes place ON THE DAY AFTER the news of indictment or non-indictment is announced at 9am inside the City of Chicago City Hall.

“In coordination with the Don’t Shoot Coalition and activists across the nation, BYP100 Chicago members are calling for immediate demilitarization of law enforcement agencies nationwide. During the press conference, BYP100 will lead political education teach-ins on the Agenda to Keep Us Safe (The Agenda), which is a policy agenda that proposes strategies and policies to end the criminalization of Black Youth in America. BYP100 will also hold healing circles for Chicagoans grieving from local acts of police violence.“

We also heard that there will be a healing justice space available for those taking action.  This space exists to support those who may need to warm up, take a break, or want to meet in spirit of self and community care.. We will be sharing the location and details on social media the day of.